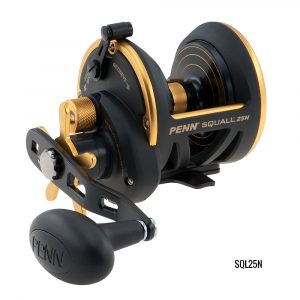 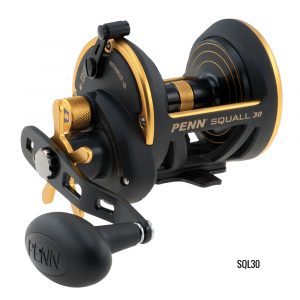 The PENN Squall Star Drag is lightweight, quick on the retrieve, and extremely castable due to its revolutionary Live Spindle design. The Powerful HT-100™ drag system can put the brakes on any big kingfish or yellowtail. The Revolutionary Live Spindle design is the reason the new Fathom Star Drag is the most castable reel in the market place. The improved configuration allows the spool to spin independently of the spindle and pinion gear, which significantly reduces friction experienced from the extreme acceleration of the spool when casting. Other reels using a “fixed spindle” design slow the rotation of the spool and reduce casting distance. Additionally the Live Spindle improves the retrieve of the reel because the spindle and pinion do not need to turn relative to each other during heavy loads, unlike a “fixed spindle” reels that result in a difficult retrieve and erratic drag.

GET READY FOR BATTLE

Enlist to get our new gear releases, latest offers and advice from gun PENN captains. It’s for anglers worth their salt.

Clash II, the perfect compliment to an inshore ang

The full metal body and sideplate of the Clash II

The lightweight construction of the Clash II and 8

Light, precise and durable 💪 The Clash II was b

The Clash II series is available up to a 5000 size

Light. Precise. Durable. See the new Clash II in a

The EVA Power Knob of the Clash II gives you ultim

The Leveline™ slow oscillation system of the new